I walk secluded beaches,
my robes flowing around my legs.
Only here do I unwind the cloth that binds
my hair. Only here do I lift my eyes.
The clouds are as lovely and fearless
in their shifting colors when I look at them
as they will be the day I am released,
the day I am gone.

I would like you to take my hand.
Close your eyes if you have to
when snakes wind around your neck.
In their slow and calming hiss
there is love in all of their heads,
for the one who will pause
to admire the beauty in my face
my lithe body, my seamless walks
through forests. Take my hand, I beg you.
Walk with me. Talk with me
about the blackberries you picked
from the field behind your home.
Offer them to me in handfuls, 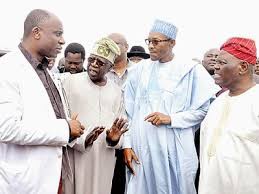 He told Peoples Democratic Party
leaders at the presidential villa, Abuja that he would procure nomination form of the party before the deadline.

He has also set up a presidential declaration committee saddled with the responsibility of coming up with a formal programme for his declaration.

He has also set up a presidential declaration committee saddled with the responsibility of coming up with a formal programmer of his declaration.

The committee is headed by Dr. Haliru
Bello.
The declaration will be between November 7th and 15th.

Yesterday, for-profit T-shirt company FCKH8.com released a video called “F-Bombs for Feminism: Potty-Mouthed Princesses Use Bad Word for Good Cause.” The video features five angry girls, ages 6 to 13, who express outrage at society’s sexist treatment of girls and women while decked out in princess attire. 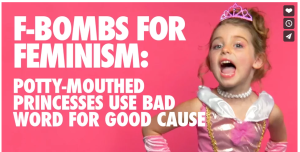 The video opens with the girls sweetly cooing, “Pretty!” while posing in their gowns and tiaras. But three seconds later, they switch gears and shout: “What the fuck? I’m not some pretty fuckin’ helpless princess in distress. I’m pretty fuckin’ powerful and ready for success. So what is more offensive? A little girl saying ‘fuck,’ or the fucking unequal and sexist way society treats girls and women?”

As the video progresses, the girls review the ongoing issues of inequality, systematic discrimination, and sexual violence faced by women in the U.S. They pepper these facts with more f-bombs, of course.

This combination of pretty pink princesses and relentless use of the…